Okay this week’s set theme within my Photography MA module Position and Practice is entitled Collaboration.

My Professional Background is within Aerospace Engineering. This is a profession with extremely high degrees of Collaboration that has to take place within tight boundaries. When it comes to my photography I have to admit I have major problems with the term collaboration. I regard my photography in the taking of photos as a personal and this is echoed in both the presentation by Jeese and within the essay. Whilst I am okay to cooperated with others in viewing and reviewing planning editing selecting etc.. when it comes down to taking the actual photo – NO!

Okay we have been presented with a talk from Jesse Alexander, a canned (pre-recorded) guest lecture from Beth and Thom Atkinson and an essay A Collaborative Turn in Contemporary Photography? By Daniel Palmer.

I have to say there is to me a dichotomy with the material this week that reflexes my views not just on corporation. But, in the material we are presented with its odd in that I either agree strongly or disagree with it ?

For example in the pre-recorded guest lecture with Beth and Thom Atkinson:

I am from Leicestershire and yes you can certainly tell Beth is from her accent !

Their work and way of working matches my own in what gets their interest.

I can agree with them waiting to take to shoot for people to get out the way .. fading light – revisiting the scene.

I can agree with them using maps then walking and traveling and actually looking at the changing history around us and the marks of previous history, generation and the way things have changed and sayyed the same. These are things that others simply walk by and miss or edit out as not being relevant until some one points it out to them. In publishing their book they are pointing out what is around people !

I have on a personal level disagree with the way that they worked together. They shared the work and its something I cannot bring my self to do. May be its me, maybe it’ I have not yet meet someone with who I could have that close relationship with…. Well may be I have a friend daughter, but no that’s not the way that I work. May be yes to splitting a job up you do this I do that ?

OKAY AND THIS IS PERSONEL !

One of my own minor and personal series of projects was in and around Leicester and Loughborough in looking for signs on the various building of past histories. Typically this would be foundation stones, signage in the form of bricks, stone or even painted buildings as shown  in the next four images all of which where shot in Leicester City Centre… 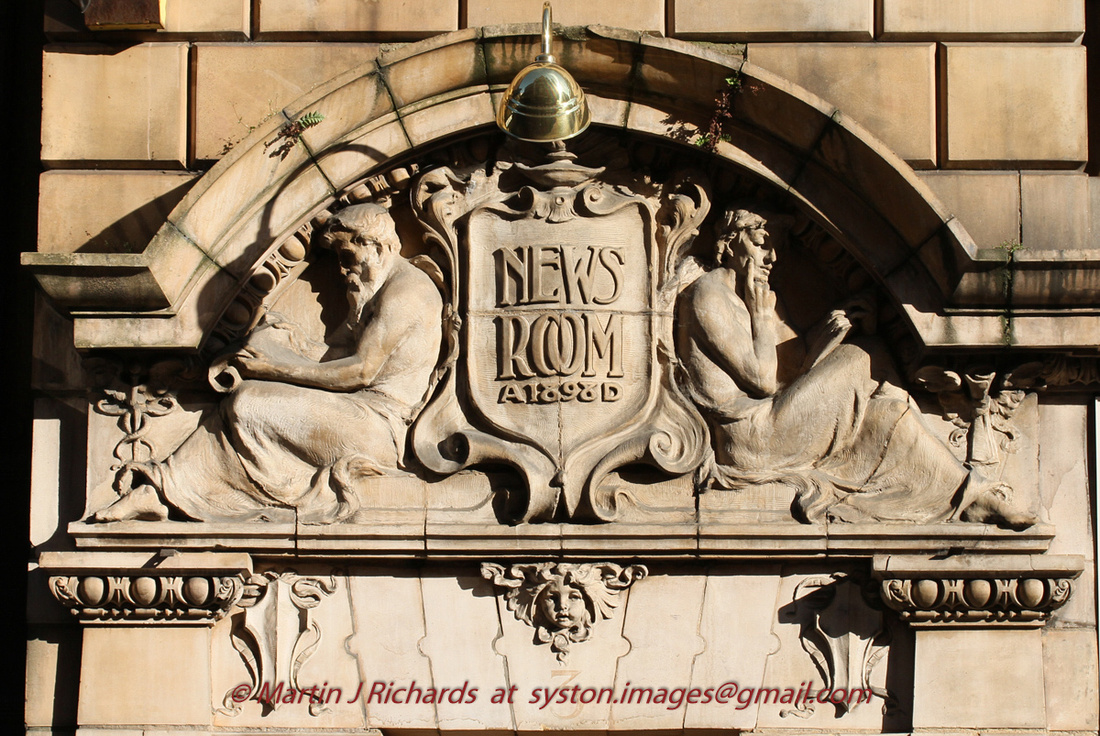 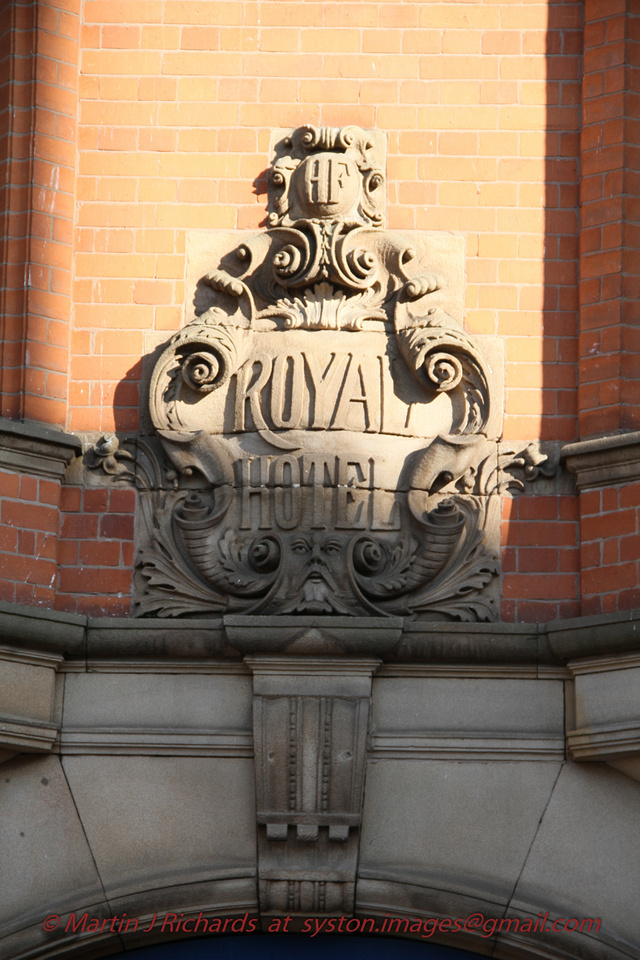 For those of you that have access the learning material it can be found at https://flex.falmouth.ac.uk/courses/301/modules under week 4.

I have three planned video conferences this week:

Whilst this session was a advertised as being a discussion on the CRJ and how it works from previous students the actuality was some what different. The web conference was held mainly with the presence of BA Photographic Students at Falmouth with my self and a few current MA joining on-line. Of the former students again one was at Falmouth and two others joined on-line. The presentations concentrated on the work that they did for their major projects. The work of the two male students appealed to me the most one being that of a Gay Student on Queer Identity in which he showed works in in which whilst guys where happy to be photographed they where not so happy for their faces to be shown in the images. This is an interesting aspect to a hidden persona theme that I have to say from the authors own perspectivism in that he concentrated on older middle ages guys in the same age range as my self. The photographer in discussing the work said that in practice most of these guys where in fact bi and married. I have to say I have experience and knowledge this area and have to regard it almost as a generational thing. I believe that that work would have been very different if it had been carried out using younger guys. Also either the guy needs to get out more or he was being very coy in describing the behaviours and interaction with the guys he was photographing for the project and the circumstances involved in how he contacted and asked for his models !

The second presenter whose work struck a chord with my self was an architect by initial training and as such was able to gain access to a number of old buildings. I have an interest in history and older building, reuse, abandonment and demolition. In fact I ive in such a building in Burghead in Scotland.

My home their was a former Grain warehouse in a fishing village harbour in Scotland. The building I lived in along with a number of others where left derelict for a number of years before what would become my own home was renovated and reused in around 1987. Although my own building was renovated the three buildings next to mine where not owing to a down turn in the housing market. As such I was able to explore these buildings and eventually two of these building had to be demolished owing to a structural failure. In 1991 I moved away from the area but a few years ago on my returning to Burghead I found that the remaining building had been renovated. Old Grain Warehouse in Burghead That would become my home 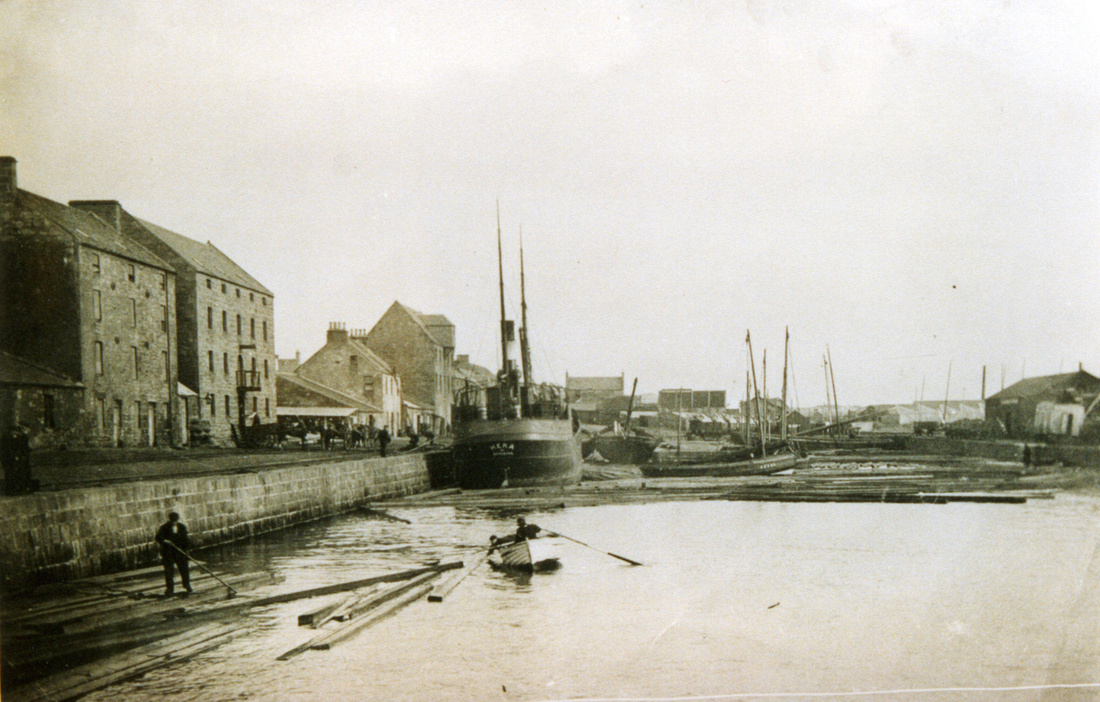 In the work presented to use we where shown what people had left behind. However, what I did find interesting is that in presenting his images for exhibition they were done as transfer prints onto concrete slabs. By coincidence I came across an exhibition of works printed onto concrete at the old High Angle Fort in Portland a few weeks ago. 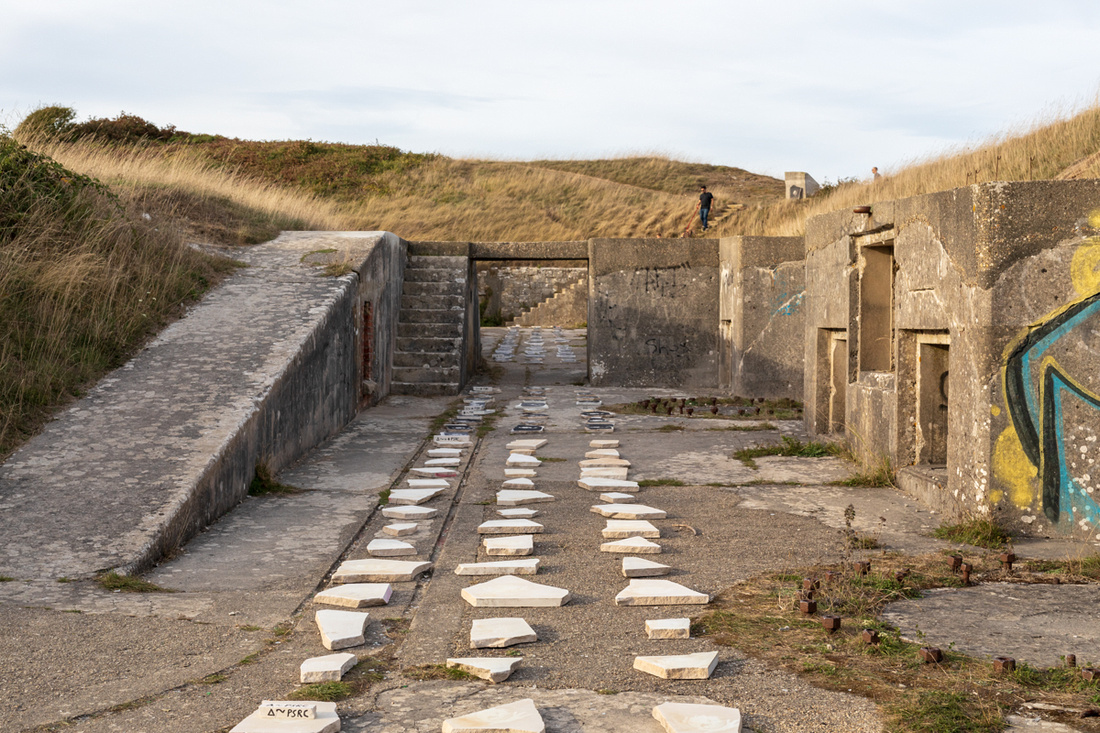 Images Printed on Concrete in Portland

What and Where I have been Shooting

I have this week so far been out on Monday shooting some more Autumn theme colour series images in my local managed woodland at Bradgate Park. Now Bradgate park is a deer park and was the home to the Grey family of Lady Jane Grey fame. This park is part of the same estate as Swithland Woods where I was shooting two weeks ago and to which Stela suggested that I return to. 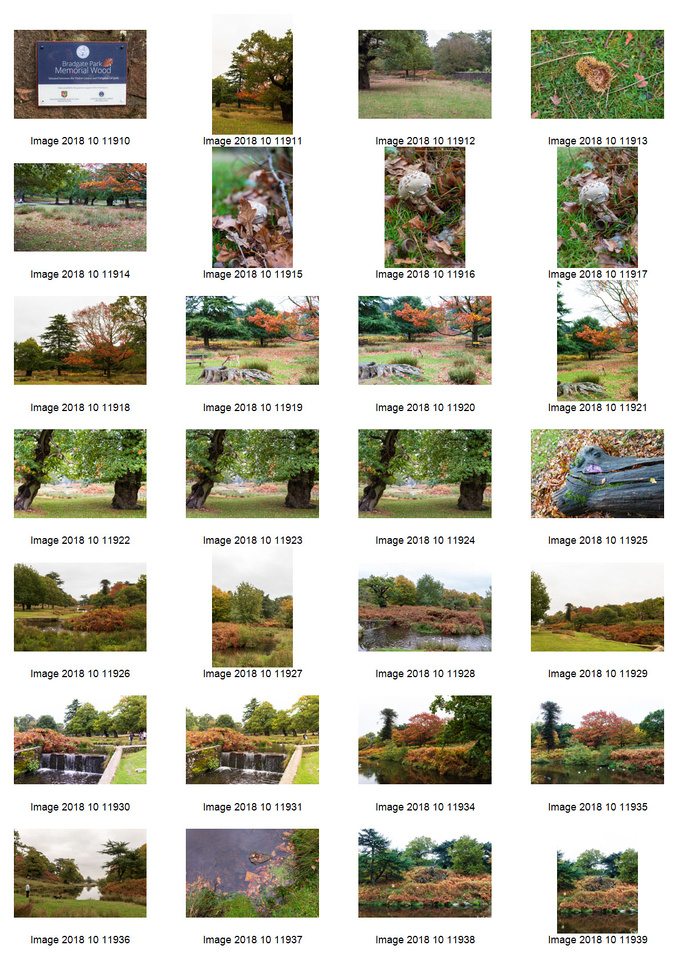 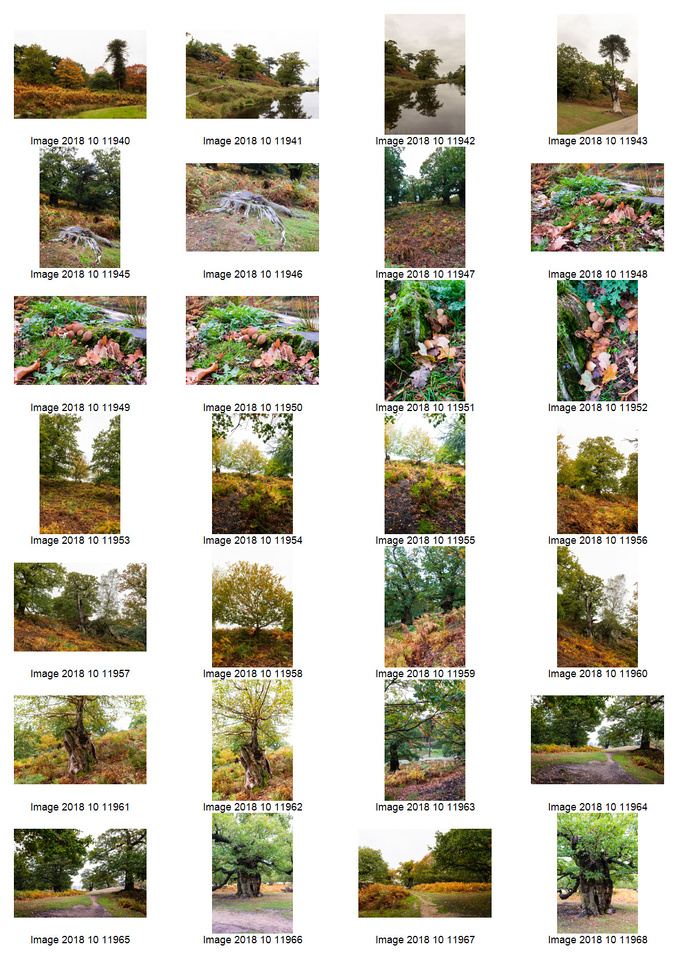 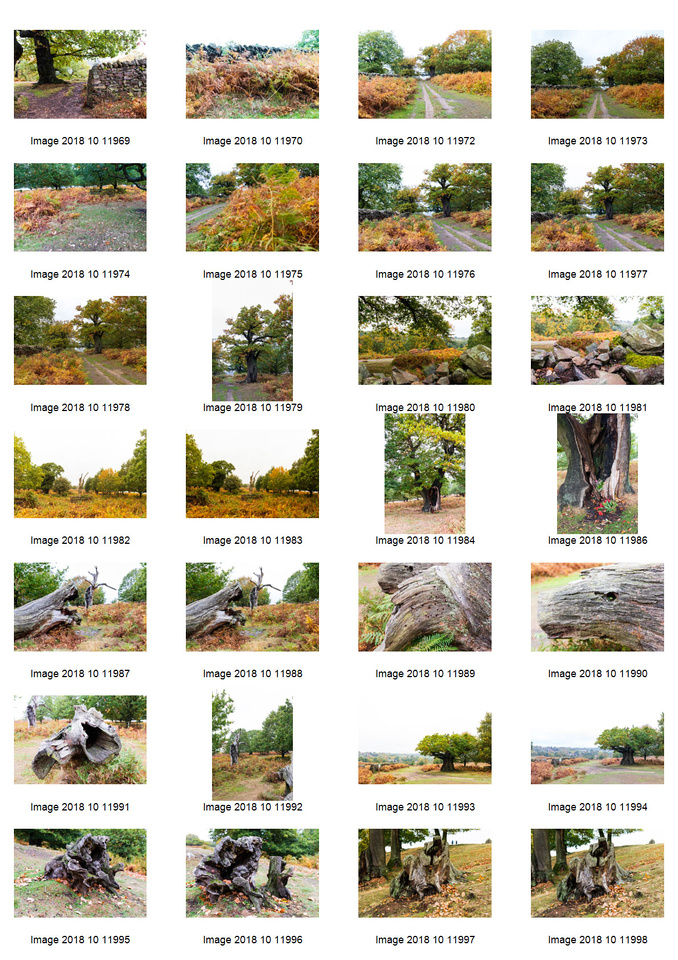